B77602: The Competitor of our Sugar Cane Varieties 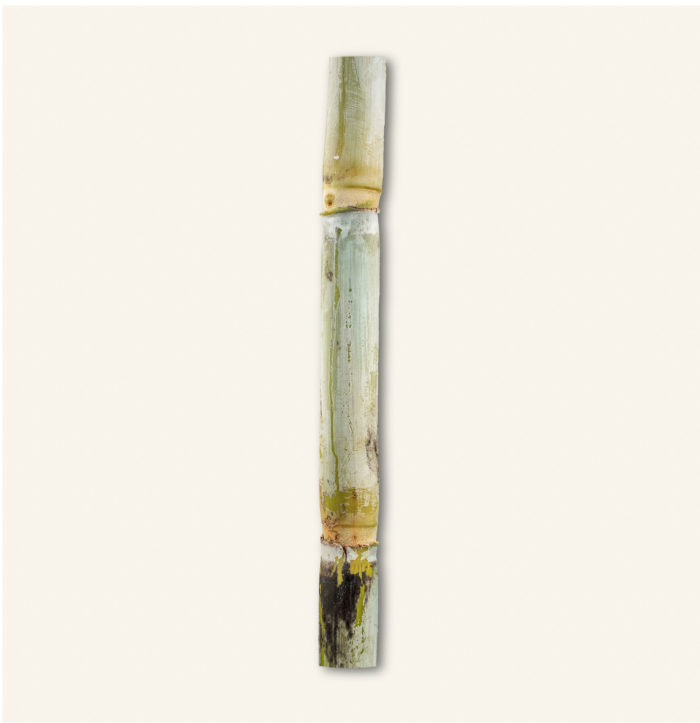 Next in our series of articles about the cane varieties we grow we come to B77602 – the competitor amongst our varieties and dubbed Cain by our workers. Introduced in Barbados in the early 1990s it gained great popularity as a multipurpose sugarcane. As well as using this variety for sugar and rum production, Barbados has also looked into using sugarcane for biofuel and energy generation. Despite its multipurpose nature, B77602 doesn’t seem to have found adoption in other Caribbean countries. 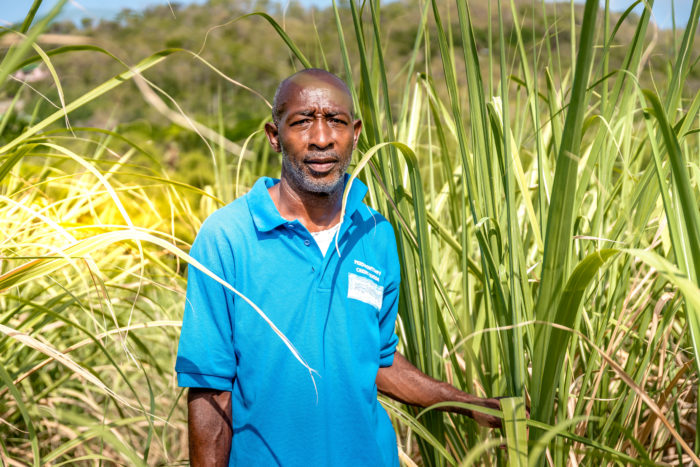 Some Grenadian farmers have mentioned that they’ve farmed this variety on a small scale in the past. Now on our Hope and Bacolet farms Cain has taken off really well and covers in total approximately 15% of our farms. Handling this variety our workers on the Nursery Farm noticed early on that B77602 tends to eliminate any other plant or weed. Nothing seems to thrive in the presence of this fierce grower, which is why our workers named this variety after the fabled farmer Cain, who killed his shepherd brother Abel in the Old Testament. 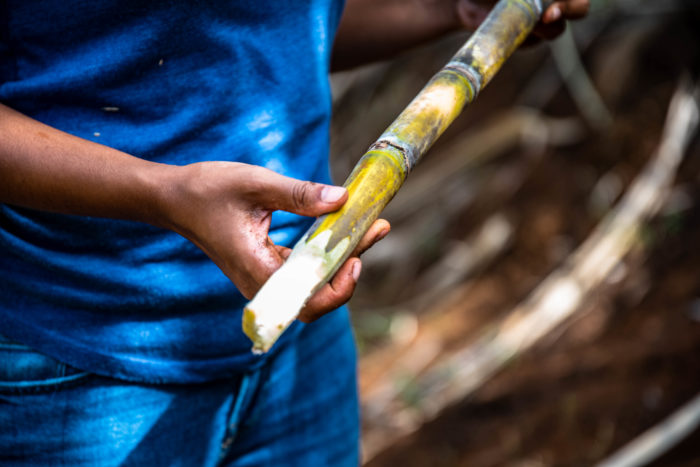 Cain’s ability to germinate well and to grow quickly gives it a natural competitive edge. The shoots have a yellow – green complexion and are topped by a thick and large canopy. The lush canopy increases photosynthesis helping the plants to grow and mature faster. It also allows for shade and early ground cover, which reduces the need for weed control. As with Yellow Lady and The Lodger, Cain is a high yield variety that comes close to putting out as many shoots in one stool as Lodger (35 shoots record). Cain shows a low incidence of flowering and has outdone ratooning expectations with excellent regrowth year on year. 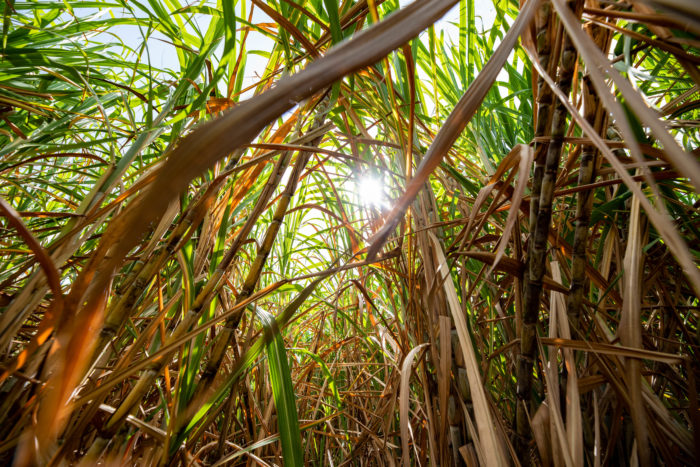 This may be due in part to Cain’s constitution but it also demonstrates a great match between the variety and the growing conditions on farms such as River Antoine, Hope and Bacolet, the latter two especially could be considered our super farms. The expansive, flat and generally wettish fields provide the perfect medium for Cain which prefers sandy and shallow soils. We plant Cain just before the start of the rainy season in June – July, so that the rain will naturally irrigate the plants. We then harvest around 9 to 10 months later during the dry season in February – March when the sucrose content reaches peak levels with Brix values in the low 20s (making rum requires a minimum Brix value of 14). 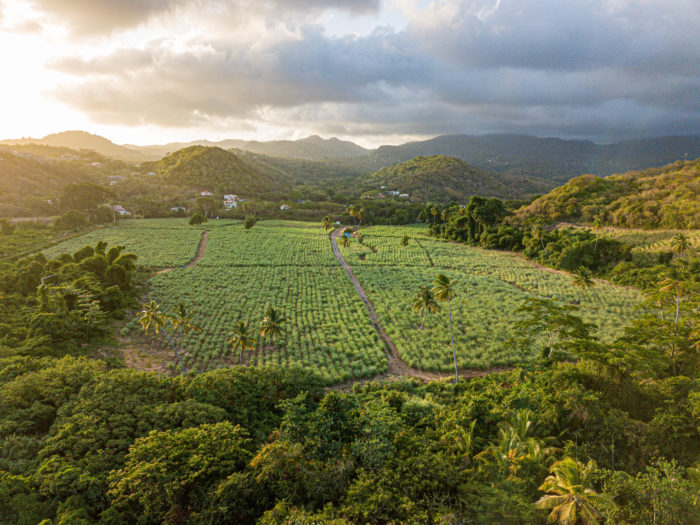 While generally a strong performer, Cain is susceptible to rust, a fungus that produces yellow-brown leaf lesions. In the early days our workers would spot this issue mostly on The Nursery Farm. Since we introduced an integrated pest management programme we have not seen much recurrence on the farms. Once the rainy season is in full swing around October and November Cain, similar to The Lodger, has a tendency to lodge. As the heavy rain softens the earth the stool, dense with shoots, responds quickly and starts bending over. Moth borers may also go after the Cain, but luckily natural pest control, in the form of parasitic wasps, keeps that issue at bay. Better still, susceptibility decreases after each ratoon as the population of parasitoids increases, making Cain even more competitive over time! 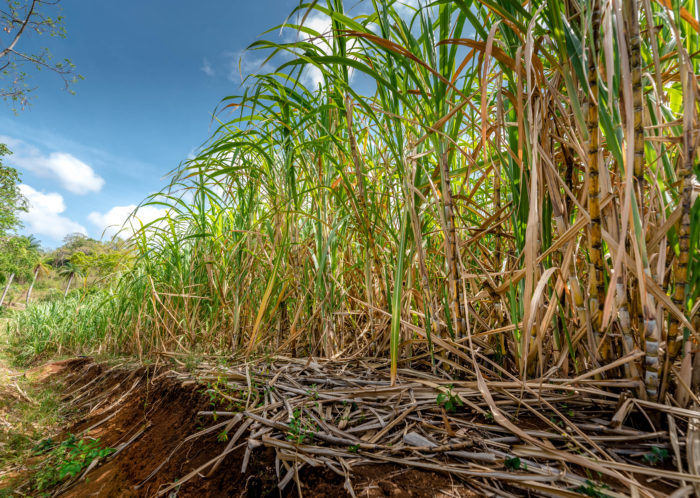 However, by clicking "AGREE" you agree to the storing of cookies on your device to enhance site navigation, analyse site usage - and it's not impossible that we'll infiltrate your Twitter account to help fight terroir trolls.

This website uses cookies so that we can provide you with the best user experience possible. Cookie information is stored in your browser and performs functions such as recognising you when you return to our website and helping our team to understand which sections of the website you find most interesting and useful.

Strictly Necessary Cookie should be enabled at all times so that we can save your preferences for cookie settings.

If you disable this cookie, we will not be able to save your preferences. This means that every time you visit this website you will need to enable or disable cookies again.

This website uses Google Analytics and Facebook Pixel to collect anonymous information such as the number of visitors to the site, and the most popular pages.

Please enable Strictly Necessary Cookies first so that we can save your preferences!