B63118: The Rebel of our Sugar Cane Varieties

Now you know about Lacalome Red and Yellow Lady, up next is B63118 – the rebel amongst our sugarcane varieties. It is rare to find these days. In the mid-1970s it was introduced into Barbados and St. Kitts, followed a little later by Guyana and Trinidad replacing previously cultivated sugarcane varieties in those countries. Mostly grown in fairly low quantities in those territories, B63118 was phased out across the board by 1995. In Grenada the tenure of B63118 came to an end after the collapse of the sugar industry on the island in the late 80s and early 90s. Going against the grain, we’ve brought this variety back and coined a new nickname for it – the Lodger. 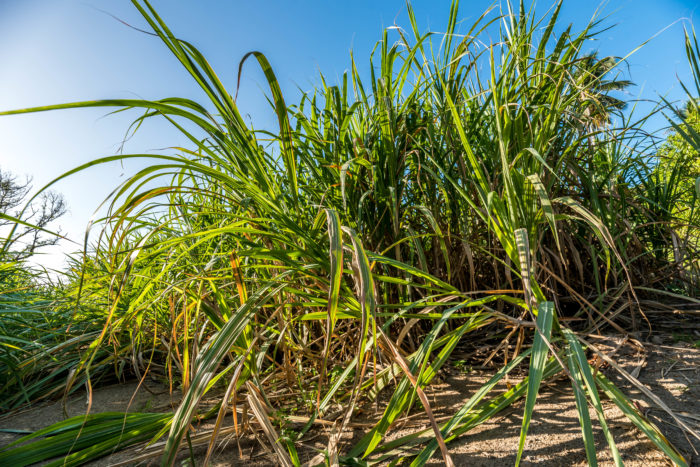 The Lodger is a fast grower with a yellowish-greenish complexion and a light canopy of leaves. As the name implies, Lodger likes to lodge. As soon as it starts to ripen at around 5-6 months, it will break free from its upright posture and bend – to the chagrin of our workers – in whichever direction it wants. At times, if the cane is left to mature in the field for too long, harvesting can become a somewhat tricky endeavour. The trick is to cut the cane early from 7-8 months onwards, just before the lodging becomes too rebellious to tame. Well-timed cutting not only makes harvesting easier, it also allows us to get two harvests a year out of Lodger. It is grown at Old Bacolet, Hope and River Antoine and makes up a 17% share of all sugar cane grown by us. 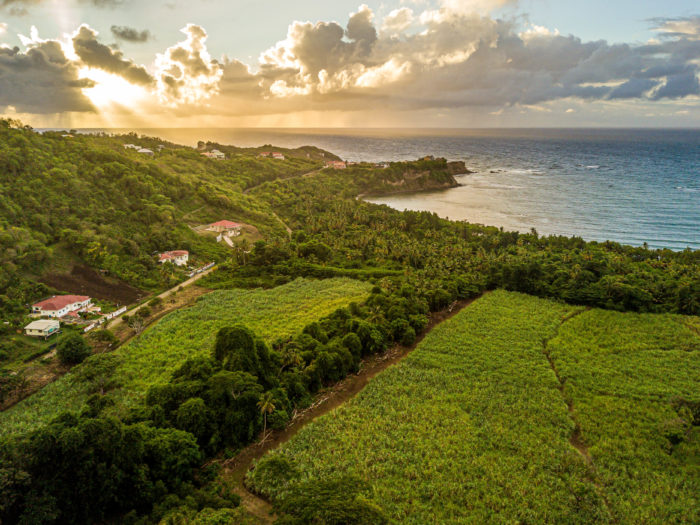 The Lodger, like ‘Yellow Lady, is prolific and even outperforms our elegant lady by putting out up to 35 shoots in a stool! That’s a record in terms of yield.  This may be partially explained by the fact that Lodger has an extensive root system, which makes the variety adaptable to sandy soils and generally well suited to a variety of environments. It’s hardy and also exhibits good drought tolerance in low rainfall areas. 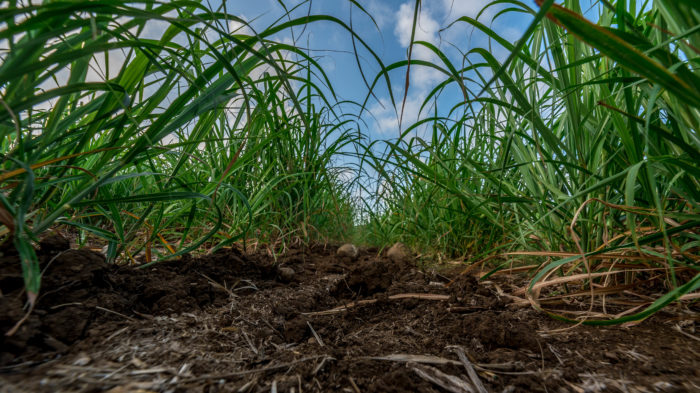 Contrary to the guidance from West Indies Central Sugar Cane Breeding Station (WICSCBS) the ratooning ability of B63118 is exceptional. We farm in 5-year growing cycles and have had three harvests of Lodger so far. We will keep monitoring it to see if this trend continues or if we have reached inflection point now. For now we can say that this variety has adapted well to Grenada. Lodger produces both great yield and high quality sucrose content.

The Lodger is not a free-trashing variety as is Yellow Lady. Our workers need to clean the leaves manually. That gives them the chance to check whether our plants are healthy. While not susceptible to diseases such as Fiji disease and yellow spot, Lodger is not the strongest variety in terms of disease resistance overall. It can be susceptible to smut and we have observed sporadic bouts of rust. Luckily these incidences have been fairly localised and not too challenging for us to handle. Left to its own devices, this variety will spread out heavily and the brittle stalks can snap before mechanical harvesting, turning the harvest into a challenge. It takes some work to unlock the rich sweetness of this variety, which perfectly exemplifies the unruly, but charming, nature of our rebel – The Lodger. 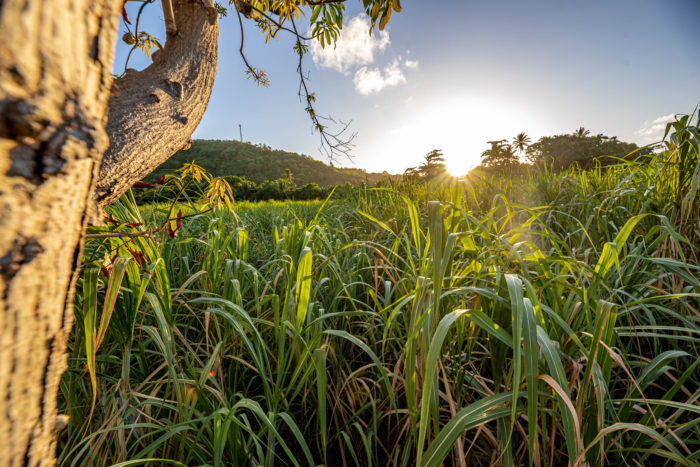